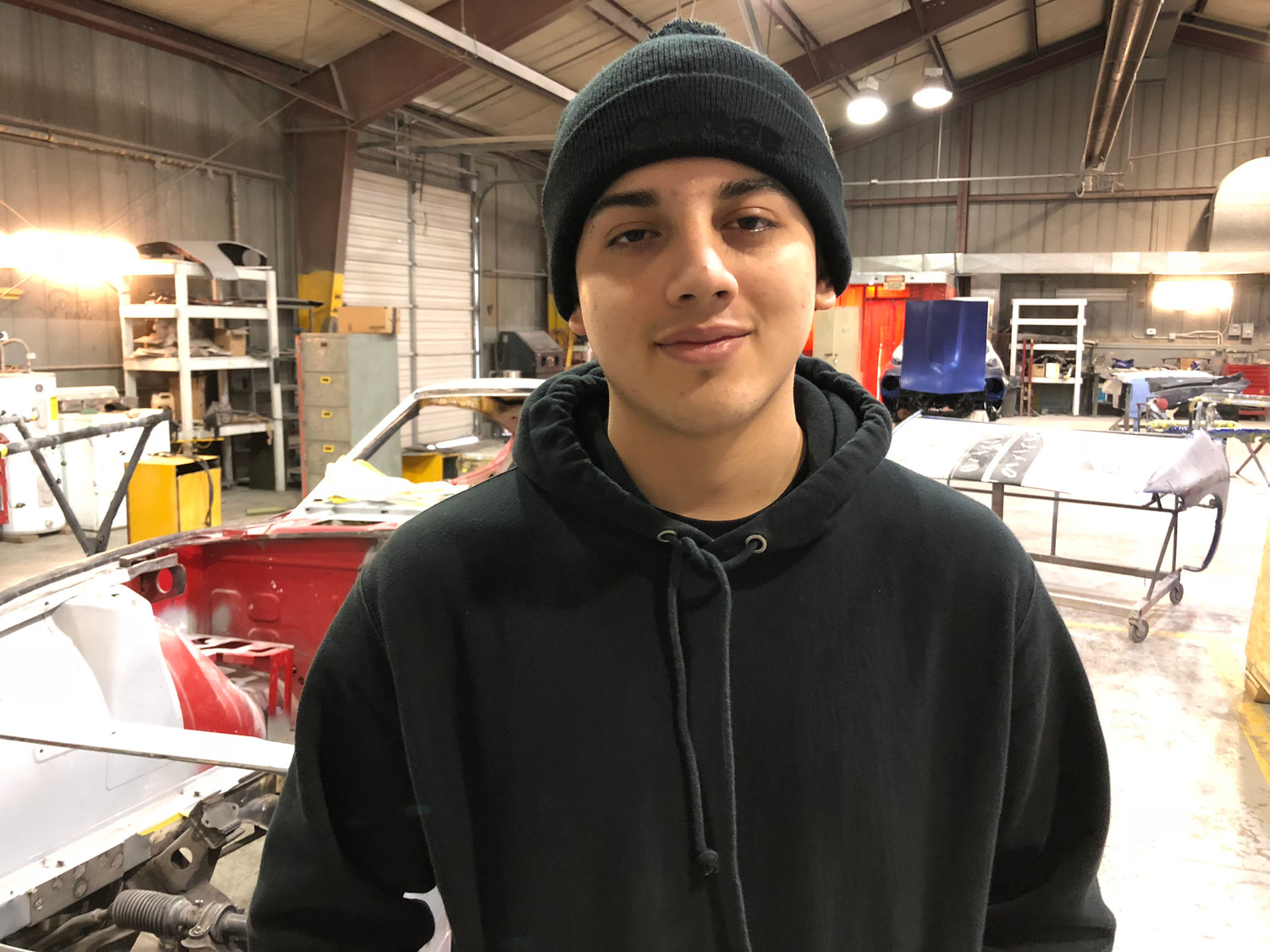 Getting kicked out high school in ninth grade really limited the career options for Edwin Barajas. His freshman year consisted of skipping school or showing up to class and not completing any work. Stubbornness also kept him from enrolling at another school because he didn’t want to repeat ninth grade.

Barajas found a job as a busser at a local restaurant and was making a little bit of money, but was not happy with the direction his life was moving. “I felt like a disappointment to my mom and my family,” Barajas said. Education was very important to his mother and Barajas was feeling the weight of his negative decisions. “I was making money and buying things for myself, but I’d see her disappointment whenever I came home. I needed to figure something out,” Barajas said.

Barajas learned about Springdale Job Corps Center while tagging along on a tour scheduled for his brother. Barajas drove his brother to campus and instead of waiting in the car, he walked with the group. It was a good decision because the visit got his gears turning. “The people seemed so motivated and it seemed like they had a purpose for their life. I didn’t have that and I wanted it,” Barajas said. “Everybody was really uplifting and positive and it made me want to give it a chance.”

For the first time in a long time, Barajas was feeling good about himself. At Springdale, he felt like he mattered and was important. He enrolled in GED classes and in the Auto Collision Repair program. Barajas started thinking about his long-term plans as well. “This place opened my eyes, like I never thought that I could one day go to college, but being here helped me see that it was possible,” Barajas said.

The 17-year-old Troutdale native also learned the importance of caring for and trusting others. When he first arrived, he had an “Edwin versus the world” mentality. He’d attend classes, but not engage with classmates. His mindset wasn’t getting him very far. “I learned that I couldn’t do it alone,” Barajas said. “When others around me were happy for me, I had never experienced that before, I felt like they cared and I could trust them.”

With his training at Springdale Job Corps Center complete, Barajas wanted to keep learning. After some research, the Advanced Auto Diesel and Collision program at the Clearfield Job Corps Center in Utah seemed like an excellent next step. The 8-12 month program will also be the most time he’s spent away from home. Breaking the news to mom wasn’t easy. “She started crying, but she understands that I’m coming back so I can help her,” Barajas said. “She’s done so much for me, she’s broke her back for me, so I want to be able to repay the favor.”

As he looks to the future, he is grateful for the positive impact Springdale Job Corps Center has had on his life. “I never saw myself doing more than just the bare minimum,” Barajas said. “The things I’ve accomplished, what I’ve been through, and the person I’ve become, I am happy.” Barajas begins Advanced Training May 8

Springdale Job Corps Center is one of 125 Job Corps centers across the country offering career and technical training to young adults age 16-24. Students obtain career training in high-demand industries giving them the experience needed to begin working towards a long-term, success career.